Midnight Mothership69 production fund on Distro Kid Help us with our mission of helping artists and DJs make the best events possible.

Midnight Mothership69
Both a live stream and performance production that is dedicated to exploring the electronic music universe.
Featuring performances with area and regional electronic artists and DJ's upon BMH's live stage set the Dragon Fly.

Blue Midnight Highway’s music follows the cinematic laws of character, plot, and conflict. Hints of hope tattooed with the dark texture of a desperate vocal. Delivering a powerful narrative and brilliant emotional reality. All done with a devotion to style and touch that puts the movie screen in the listeners' head. Scars a lifelong seeker of the stoke as BMX stunt rider, is accustomed to remaining calm in the midst of chaos, and while everything crumbles around you because it’s there where you’ll find something new, discovering truths about yourself and worlds that were.

Blue Midnight Highway makes soundtrack music for your midnight journeys.
From the opening sound in every BMH song, the movie in your head starts playing. Scars MacNeil’s main gift is his ability to draw from his emotions in a conductive way that injects one’s imagination with a burst of visual energy manifesting as the textures and soundscapes that become the setting for Scars wordplay and vocals to complete a full visceral story.

Scars MacNeil’s passion for music is matched only by his passion for BMX stunt riding and his aspirations as a sonic shaman with a spiritual approach to music as a vessel capable of uniting people through the experience of sonic bliss. As a BMX stunt rider of 27 years, the unspoken religion is the stoke. This manifests in music as the religious experience of goosebumps. That’s the bar, that’s what we're all after.

Blue Midnight Highway is currently launching with a targeted attack in the Great lakes Midwest region. From street level promotions combined with front line community activism BMH, it is spreading their brand. With shows in Detroit, Columbus, Toledo, and Chicago tentative (post-Rona drama), the immersive experience of BMH and buzz-worthy shows combined with the pay in flesh work ethic of a BMX stunt rider. Under current conditions were moving slowly with our full go to market campaign. We’re very conscious about putting out too much with live shows in limbo.

But with all the work that’s been done, as soon as the green light gets flashed the music world is getting thrashed proper.

The back story of BMH

The journey of BMH begins in the DIY scenes of Punk and BMX Freestyle/stunt. Establishing himself and gaining national recognition as a BMX freestyle innovator and at the same time delving into the music scene as a small venue operator and aspiring musician. These roots set the stage for things to come.

As Trashcan Tribal his first electronic-based band Scars played several shows throughout Ohio and Michigan. Notable performances were shows with The Thrill Kill Cult and at CBGB’s.

After 1st making a stop in Tempe AZ to pick up an audio engineering certification at the Conservatory for Recording Arts and Sciences. Scars was off to LA. Making the decision to fulfill his required internship with Stephen Smith who served as Lenny Kravitz 1st manager as well he represented Yello the electronic group famous for Ferris Buellers' day off  with the track “Oh Yeah” and was at the time the music supervisor for Decline of Western Civilization 3. But LA… the roller coaster was about to reveal itself.

But if there was a bright side these misfortunes lead Scars to a job at Guitar Center  Hollywood as pro audio manager. That was when school really started for him, daily interactions with the top minds in the industry. Wow, it was three and a half years of conversations about the music business and the importance of quality sound, the importance of studying one’s craft, and what makes music amazing. Every possible mantra associated with the music business was preached daily. These lessons did not fall onto deaf ears.

After burning out of the roller coaster of LA, Scars left music behind and refocused on stunt riding. He sold every piece of gear he owned and moved back home with a vowed that any return to music would be 100% on his terms. After 5 years and his crown jewel of riding and the development of a much deeper understanding of discipline, the need and itch for music began to resurface.

From the 1st track, it was clear that things were different.

One thing that Scars was certain of, being much older and wiser he knew he was not going to release anything until the business mechanism for BMH was fully developed and in place. So, between 2005 and 2020 BMH released only 3 singles and a few YouTube videos. The focus was on developing as a musician and delving into the massive stacks of books and homework that would be needed to conduct business competently.

Admittedly, what Scars thought would be a sort of shallow endeavor studying a booklist based on Harvard’s MBA curriculum turned out to be the most profoundly deep and empowering experiences of his life. “It felt like some kind of divine intervention”. With every page, there was the experience of getting slapped in the face by seeing how my own behaviors were to blame for my failures.  It was the most effective and non-threatening way to discover how the world works.”

So now 2020…
With a library of around 400 tracks, 75 absolute bangers, and every song being its own unique sonic world and adventure. Scars now fully comfortable in his own skin, not trying to impress anyone but himself, but humble and kind. BMH is heading up a full street-level campaign of activism and promotion.
BMH is releasing a steady stream of vibrantly visceral and cinematic material and content throughout 2020 and 2021. Combined with a live performance to complement the music. It’s a cohesive experience all the way through.

And the live show…
Prepared to be dazzled, Scars whose spirit animal is a dragonfly is the name of BMH’s UFO gear stand with a Close Encounters of the Third Kind light show. But it’s full of powerful moments and surprises. The cherry on top of the BMH experience is the sound for our shows are in surround with acoustical treatments. The best way to describe the experience “Shivers”!!! The rest you’ll have to pay to see.

But it’s with the community at the heart of our purpose that BMH will be reaching out and building bridges and lasting relationships within the community of music.
It’s about win-wins and compassionate business. It’s our belief that music has a responsibility to lead our community in vision and healing.

We look forward to meeting you on our midnight adventures.

There is a long wish list of desired collaborations, however Scars is the sole BMH member 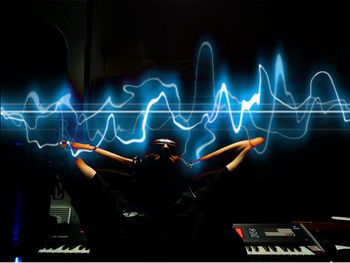 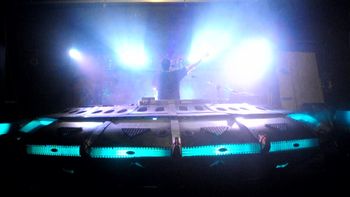 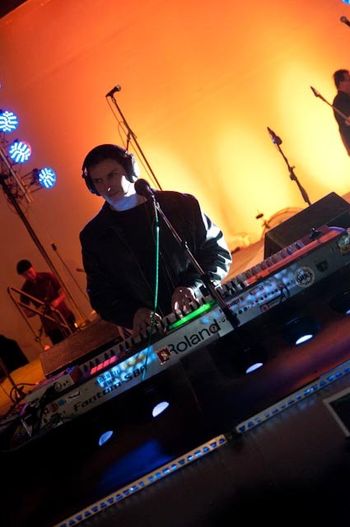 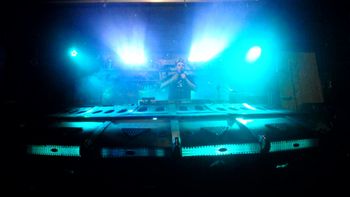 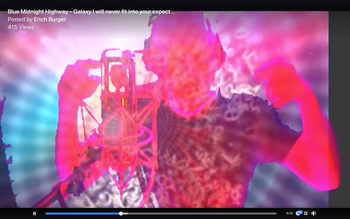 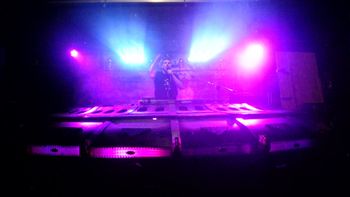 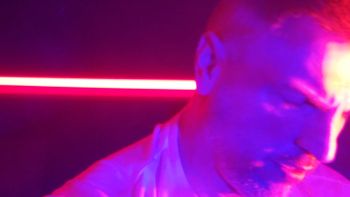 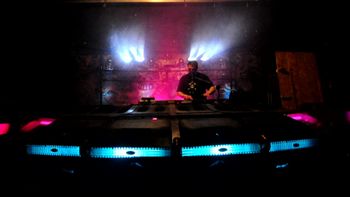 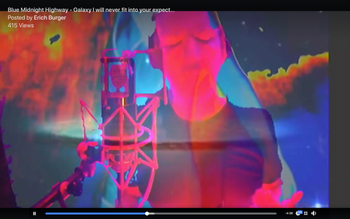 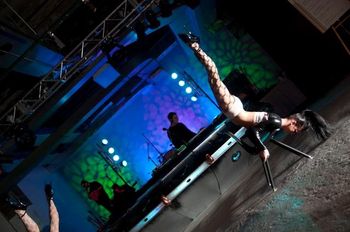 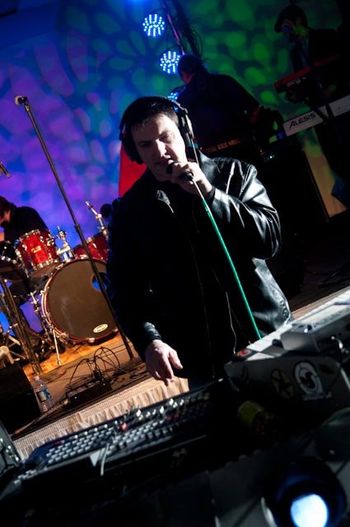 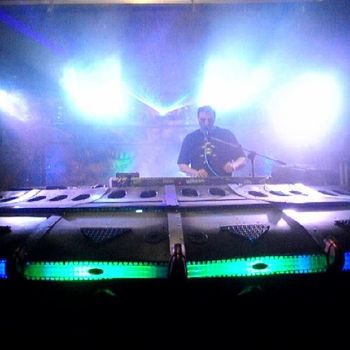 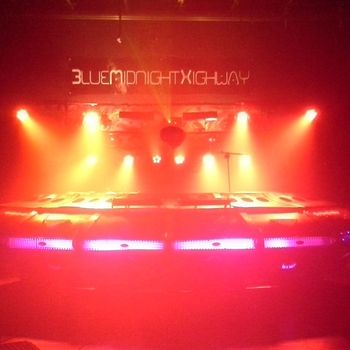 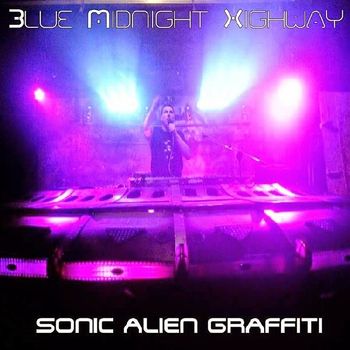 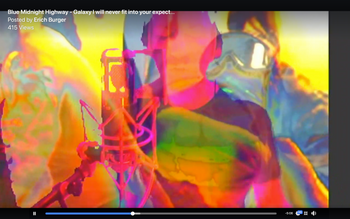 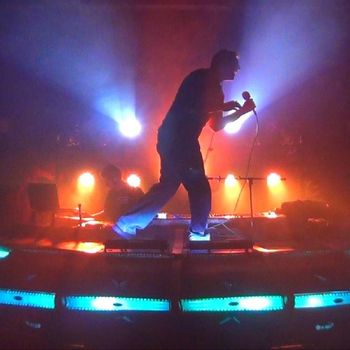